Metro COG has focused significant planning efforts over the last five-years to study the infrastructure needs of the southern growth area of the region. Metro COG’s 2040 Long Range Transportation Plan identified key corridors in this area, but acknowledged limited ability to extend infrastructure to this area.

Since the completion of the SWMTP, growth in Horace has been occurring faster than previously assumed, largely due to an agreement between the Cities of Horace and Fargo that resulted in sanitary sewer services provided to Horace. Development in Fargo has been less than anticipated in SWMTP, largely  due to the lack of permanent flood control infrastructure at this time. The SWMTP designated 76th Avenue South as a future principal arterial roadway, which has much to do with its location as the next possible location for an interchange with I-29.

Growth in Horace and in some portions of South Fargo, particularly near Davies High School, has begun to occur in the vicinity of 76th Avenue S.  Metro COG is looking to determine exactly how this corridor should function, and alternative configurations that would achieve the goals of community.

Recently, Metro COG has worked with the aforementioned jurisdictions to discuss the potential for an interim construction project that would provide alternative access to Horace. This  alternative access may be needed due to the increased pace of growth in Horace combined with the planned development of a new West Fargo Public Schools facility consisting of a high school and middle school on 80 acres of land along 76th Avenue South in Horace. Metro COG and local project partners are seeking assistance to create the vision for the corridor through building consensus with those who have stake in this area and to assess the overall impact of this corridor, and the build alternatives, on the entire transportation network. 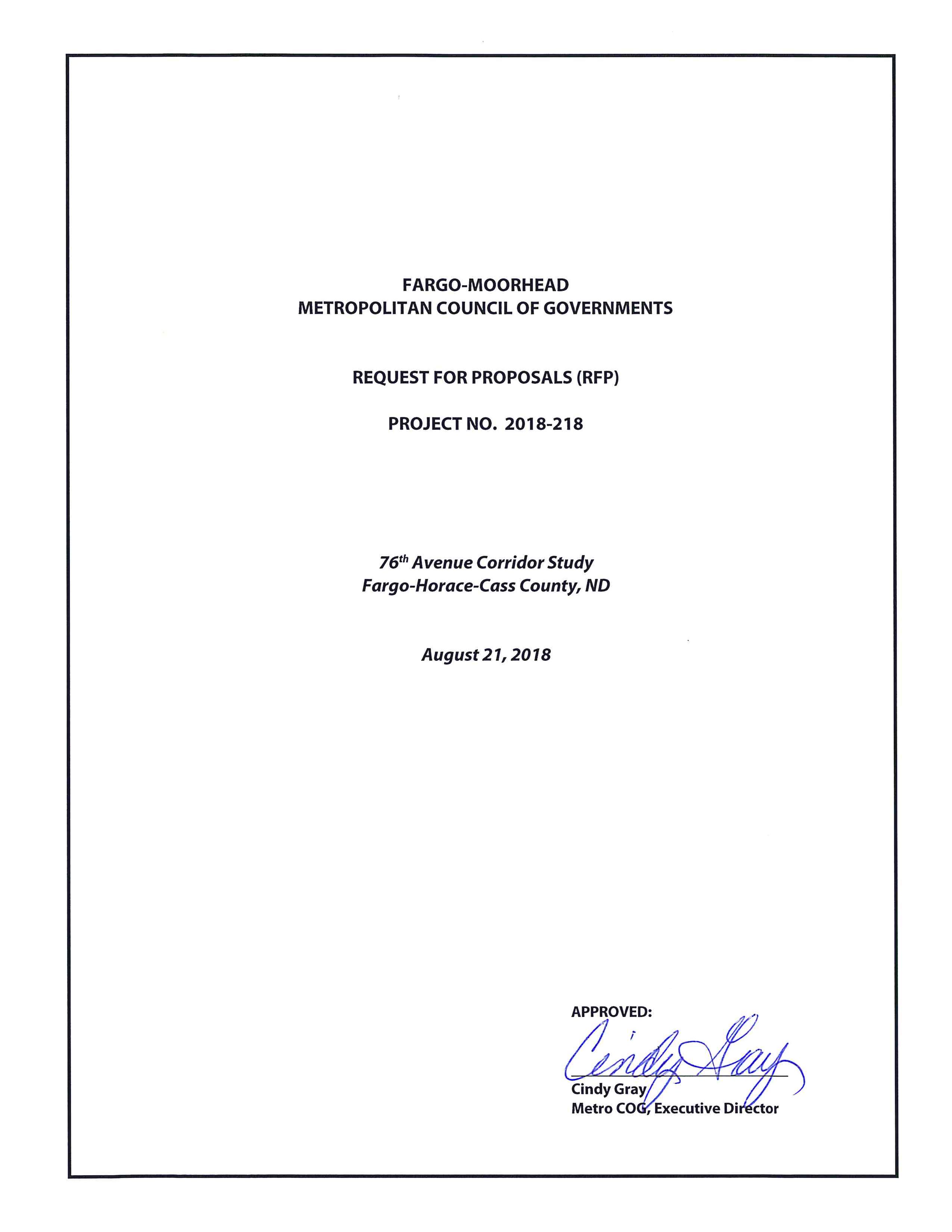