Thank you to those of you who participated in our online interactive public engagement website or attended one of our pop-up events. We received more than 1,100 total responses on the interactive website alone!

You can review and comment on the draft Red River Greenway Study document by clicking on the Public Engagement tab above. The draft will be available for public comment until December 30, 2022.

Check this website for updated information about events and further public input opportunities.  Updates will also be posted on our Facebook page!

The Fargo-Moorhead Metropolitan Area (FM Area) has a long, sometimes arduous, and complicated historic relationship with the Red River. The community has persevered through countless flood events and other flood-related issues, which are natural occurrences in the Red River Valley. Through collaborative planning efforts and infrastructure projects, the Red River corridor has become a major asset to the FM Area, providing bicycle and pedestrian trails and greenway facilities including parks, open spaces, recreational facilities, natural habitat, and cultural areas, all within publicly owned spaces that cannot be developed due to the floodplain and floodway. Collectively, these uses, and facilities make up the Red River Greenway system. The City of Moorhead completed a Red River Greenway study in 2014. The scope of this study will focus on the Fargo side of the Red River and public drains that connect to the river within the City of Fargo.

The Study will focus on enhancing (or repairing) the greenway as it currently exists, filling greenway facility gaps within the existing network, extending the greenway to the north and south along the Red River in Fargo or its near-term growth area, and connecting to and incorporating public drainage channels (Drains 27 and 53) and associated existing or planned facilities along those channels. Connections to the north and south termini of the FM Diversion Project and to Moorhead and Clay County adjacent to the incorporated areas of Fargo will also be studied. Greenway facilities may include but
shall not be limited to:

Bicycle and pedestrian facilities are consistently a top transportation priority for FM Area residents. Metro COG and its partnering agencies see the Red River Greenway as one of the most important features to provide biking, walking, and other modal options within the Fargo-Moorhead Area.

This Red River Greenway Study will take a comprehensive look at the greenway’s bicycle & pedestrian networks, parks, open spaces, natural areas, cultural areas, and analyze access to and from said greenway system and said features. The study shall seek input from the public and local jurisdictions, and provide recommendations and guidance to meet the needs of the community and improve the greenway system for all users. This Study seeks to improve upon past planning efforts in order to make a safe, connected, equitable, accessible, and welcoming greenway experience for all types of users. Metro COG staff will ensure that this study is coordinated with the outcomes of the Bicycle and Pedestrian Plan Update.

As noted above, the last consultant-lead Red River Greenway Study was completed in 2008 and looked at both North Dakota and Minnesota sides of the Red River. The Moorhead River Corridor Master Plan in 2014 expanded upon the 2008 plan however, looked only at the Minnesota side of the river. Metro COG is seeking a qualified Consultant to develop a more detailed update to the 2008 study with a primary focus on the North Dakota side of the Red River and strong consideration of Moorhead’s 2014 plan. The goal is for the updated Study to be more in-depth than the 2008 study. Study requirements will include public engagement, a robust implementation and prioritization section, planning level cost estimates and conceptual layouts for priority future projects, and new ideas to make the Red River Greenway more accessible, more rideable, more walkable, and more consistently available for not only pedestrians and bicycle users but other recreational users with consideration of the seasonal nature of activity in the FM
Area. 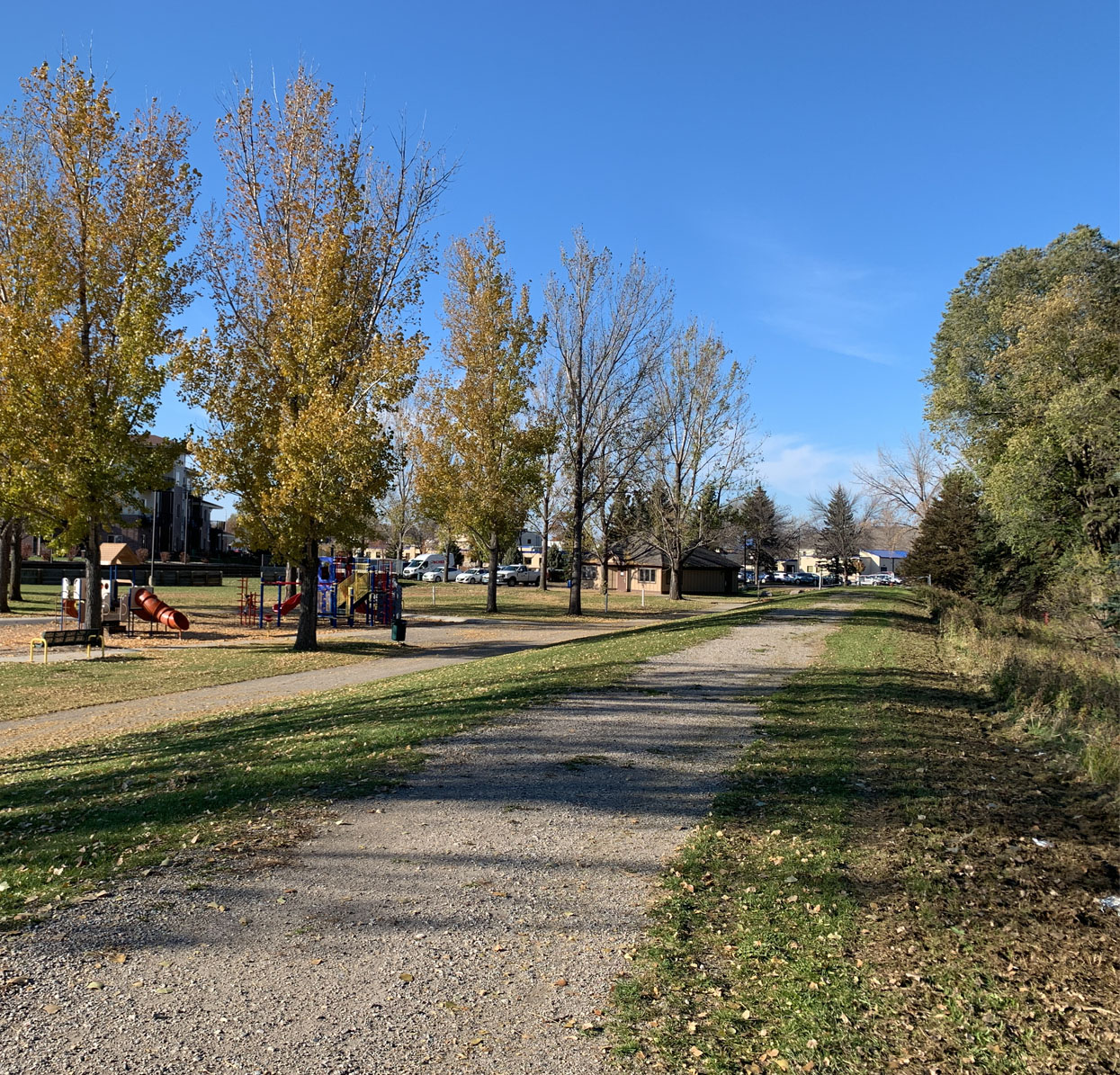