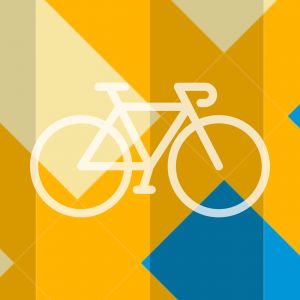 As of Noon on Tuesday, June 18th, 2019, Metro COG has gone digital with their Fargo-Moorhead Bike Map!

The Fargo-Moorhead Bike Map app is accessible on Android and Apple mobile devices. Users are able to identify their geographic location in relation to nearby bike lanes, bike routes, shared use paths, as well as bike lockers and Great Rides Bike Share locations.

The Metropolitan Bicycle & Pedestrian Committee has defined bike lanes, bike routes, and shared use paths for the region.

These distinctions can help users determine what route to take and what to expect along the way.

The determination to move to a web application that is accessible via mobile device, stemmed from discussion at the Metropolitan Bicycle & Pedestrian Committee. This Committee meets quarterly to discuss issues and needs facing the walking and bicycling public.

One of those needs is how to better share the locations of bicycle and pedestrian routes throughout the metro area.

The Committee and Metro COG staff, Transportation Technical Committee, and Policy Board, all agreed that an Mobile App would be a step to fulfill that need.

Dan Farnsworth and Anna Pierce managed the development of the Fargo-Moorhead Bike Map app, working with My City Bikes, an app developer, to organize data from the local cities to create the multifaceted app.

The application is also available on Metro COG's website at www.fmmetrocog.org/fmbikemap.